The best Yggdrasil casinos are chock-a-block with Yggdrasil slots that come with beautiful designs, a wide array of features, and some pretty big jackpots. Because of all this, and because the company puts a lot of weight on safe and fair gambling, Yggdrasil Gaming’s contributions have become popular all across the globe.

Valley of the Gods 2

Beauty and the Beast

Who Are Yggdrasil Gaming?

Yggdrasil Gamingare a Malta-based, Swedish gaming development company who have become known all over the online casino world.

As the brainchild of former NetEnt CEO, Fredrik Elmqvist, Yggdrasil was established in 2013 with plenty of talent and experience among its ranks. In the years following its launch, the company worked hard to gain numerous licences and penetrate various markets. In their bid to do so, they also became a part of the public-listed company Cherry Gaming AB, with whom they released slots like Draglings and Magic Mushrooms. The collaboration has long since ended, and those early, simple mechanisms have now metamorphosed into ground-breaking games that are feature-rich.

For those wondering, the name Yggdrasil is derived from the giant ash tree in Norse mythology, which is more commonly known as the Tree of Life. This tree is said to be portal to the land of the Norse gods, Asgard, as well as the home of dragons and eagles. In essence, the name is meant to represent how Yggdrasil Gaming can be successful in branching out into different areas of gaming development.

From its very foundation, the company has always been vocal about the importance of working with and within regulated markets to ensure user safety. Yggdrasil casinos are licensed in 17 jurisdictions, and are certified by reputable bodies such as the Malta Gaming Authority, the UK Gambling Commission, the ICLG (Romania), the Gambling Supervision Commission (Isle of Man), and the Gambling Commissioner in Gibraltar.

How Do Yggdrasil Slots Compare to Others?

When it comes to choosing video slots, it’s easy to feel overwhelmed by the amount of developers and titles out there. Nevertheless, Yggdrasil slots are always a great option for a number of reasons:

Yggdrasil highly entertaining, secure games are loved and trusted across the board. Here’s our at-a-glance review of the advantages and disadvantages to choosing an Yggdrasil slot.

While Yggdrasil has released a handful of table games, it’s best known for its slots, which bring together everything a player could want from such a game: huge jackpots, myriad bonus features, beautiful designs, and fantastic themes. In another section below, we list five of our favourite games, and you’ll immediately see why they’re so good.

Titles from different eras of the software game developer’s history have a variety of features. These features are usually fashioned around the theme of each game, which is what makes them so much fun to explore. Here’s what you can expect from many of the best Yggdrasil slots:

The list of great Yggdrasil games is a long one, so it’s never easy choosing a handful to review. In other words, the list below is not exhaustive, but it should give you a better idea of the variety and the features you can expect from this great developer. 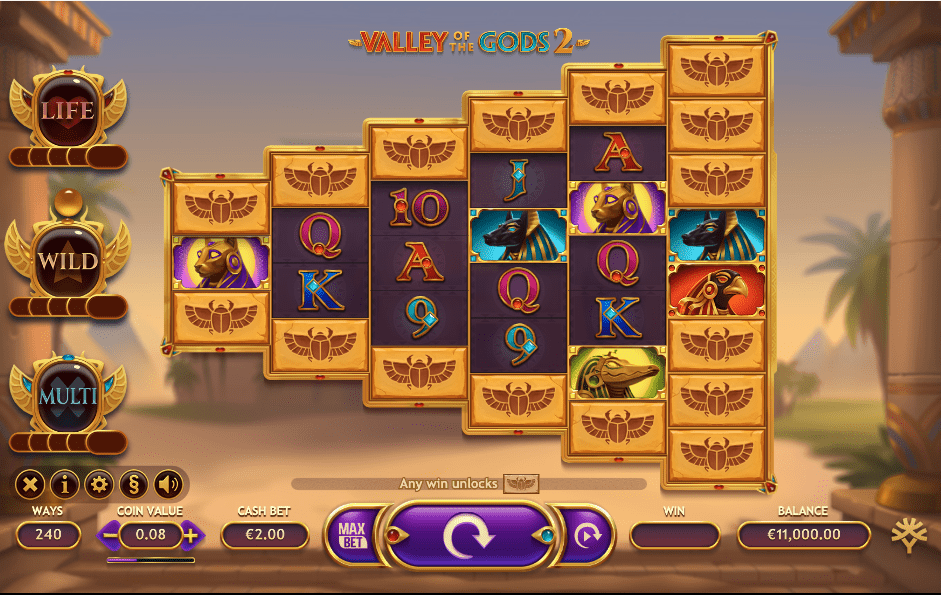 The sequel to one of Yggdrasil Gaming’s most famous contributions, Valley of the Gods, this relatively new addition follows the same path theme-wise, but goes to town with the features implemented. Still based in the mythical land of the Pharaohs, the first thing you will notice is the unusual grid, which is made up of six reels that have a different number of rows each. At the basic level, this medium-volatility game gives you 240 ways to win, which occur when you line three identical symbols starting from the first reel.

One winning combination gives you re-spins that last for as long as you continue winning. Additionally, each win will see one of the blockers that make up 16 spaces on the grid being unlocked, which can increase your ways of winning up to 20,160. When all the grid is unlocked, and depending on the colour of the symbols, the game will either award you with an extra life (free spins go on for longer), win multipliers, or the Wild Reel Feature. 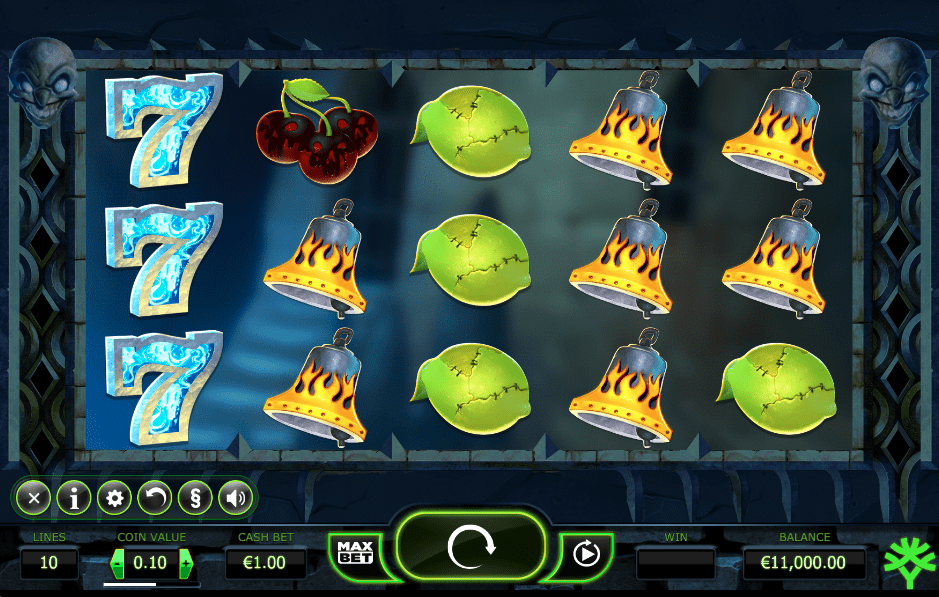 Released in January 2021, this game was the first title created using the new HTML5 framework, and dropped at many of the best Yggdrasil casino sites. As you may have already guussed, this title is a sequel to the popular Jokerizer slot, but takes the theme of the joker to a much darker and sinister place. It’s still a whole load of fun, though, and has many more bonus features than the original.

When playing this five-reel, 10-payline game, landing three matching symbols from left-to-right or right-to-left still lands you a win. Moreover, any win will give you the opportunity to enter the Jokerizer Mode by making one of three choices: collect your winnings, spin part of your winnings, or try the super bet. The latter is the riskiest choice, but your chances of winning a huge jackpot (€24,000!) are also increased. Finally, landing three Jokerizer symbols anywhere on the reels will award you a Mystery Win, which can include free re-spins.

All this, coupled with an RTP of 96.3%, makes the game one of the best Yggdrasil slots out there. 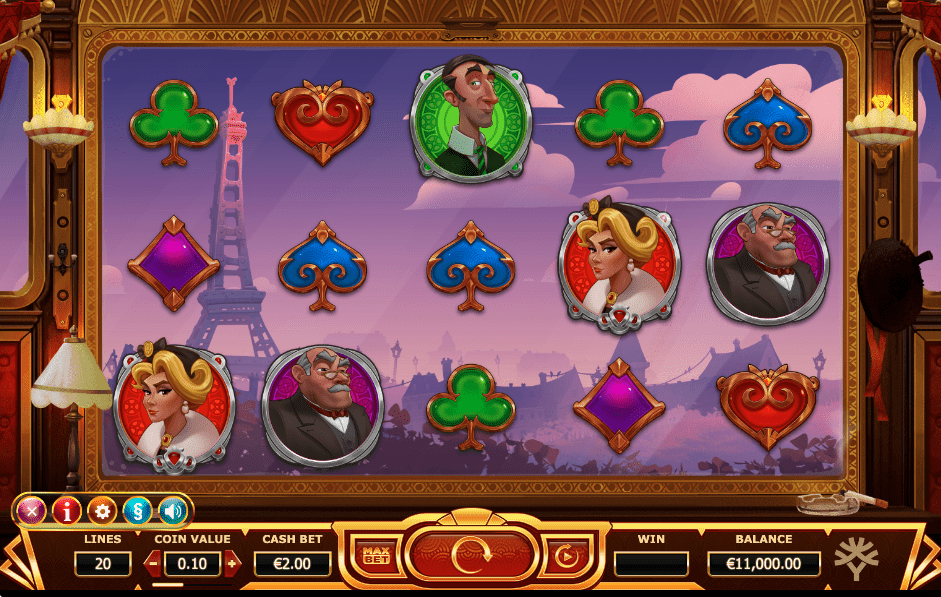 Departing from Paris, and making stops in Venice, Belgrade, and Istanbul, the Orient Express was a luxurious way of seeing the continent back in the late 1800s. It’s on this historical phenomenon that this Yggdrasil game is based, jam-packed with features for players to enjoy.

The grid follows a classic layout of five reels and three rows, although you also get 20 paylines. Meanwhile, the game itself follows the route of the train, and once you hit the free spins feature in a city, you’ll be taken to the next. Each city brings with it a different bonus, too. Paris has walking Wilds that award you free spins; Venice gives you a win multiplier of between 2x and 5x your stake; Belgrade comes with wild reels; and Istanbul has random wilds.

#4 Beauty and the Beast 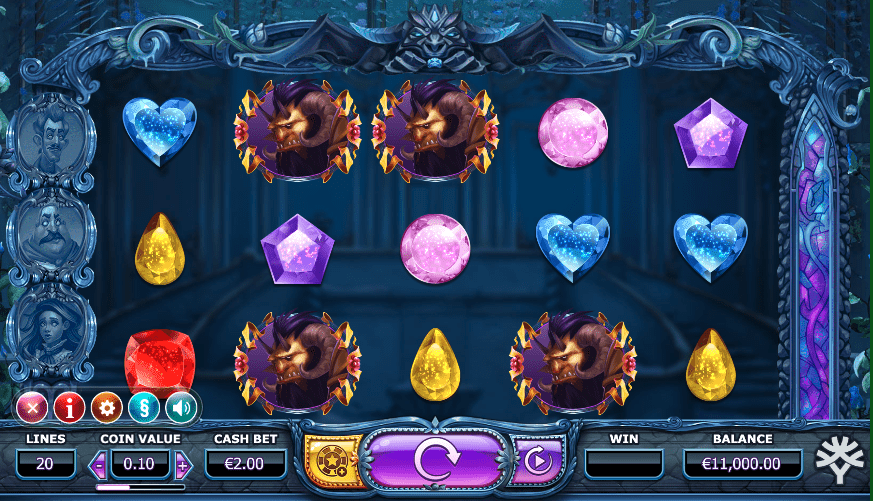 A story that has stood the test of time has inspired its own slot game. Beauty and the Beast is made up of five reels, three rows, and 20 paylines, as well as featuring plenty of bonuses.

In the base game, three Chef symbols will lock the three middle reels with similar symbols for one spin; three of the Butlers will nudge the reels up or down to help you get a better winning combination; and three of the Maids will add two, three, or four wild symbols. Any time during gameplay, you can also activate the Golden Bet feature. Although it comes at a price, this feature gives you free spins, nudges, or boosts depending on what you choose, with each option helping you win more often or bigger sums. Moreover, when playing in this feature, three Scatter symbols can trigger more free spins.

Volatility and RTP for this game change according to which version you’re playing: 96.3% and low volatility without the Golden Bet feature; and 97.1% and medium with it. The max win is of €100,000. 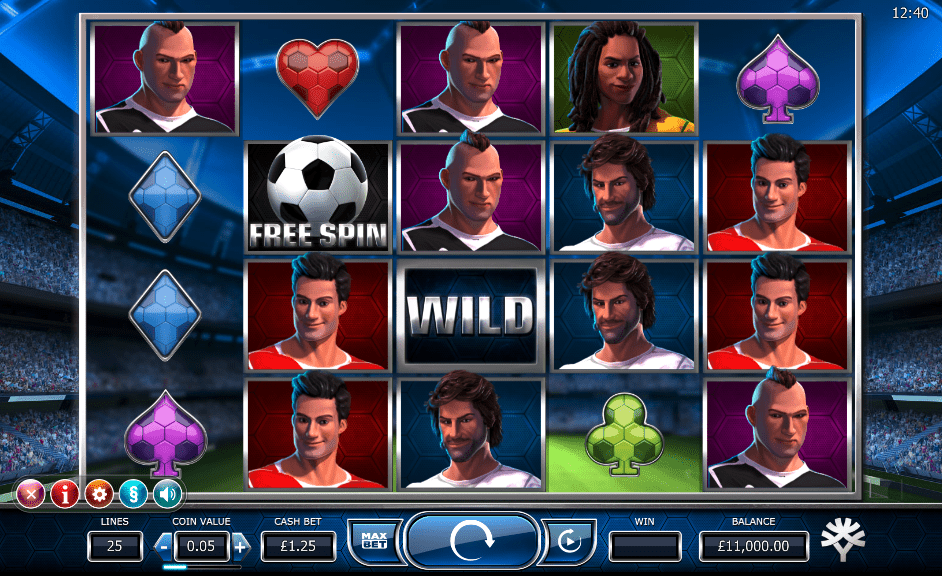 A firm favourite with football lovers across the globe, the Bicicleta slot is named after the word for ‘overhead kick' in Spanish. At the basic level, the game has five reels, four rows, and 25 paylines. As in many other slots, bonus features are triggered by lining up specific symbols. Five red-shirted footballer symbols will multiply your stake by 250x, while three or more Free Spins symbols give you between eight and 16 free spins.

During the free spins, the footballers on the reels will try to score goals. When they don’t manage, you will be awarded with Sticky Wild, which will remain in place until the end of the feature. Moreover, trophy symbols during the free spins feature can mean more free spins, cash prizes (2x to 40x your stake), or the Wild Reel feature.

With an RTP of 96.3%, medium volatility, and a jackpot of €190,000 to be won, it’s certainly worth checking out this game at Yggdrasil casinos.

Because the majority of Yggdrasil games have been created using HTML or HTML5, playing these titles on iPhone or Android phones, as well as on tablets, is easy and hassle-free. However, there are a few other things that make playing games at the best Yggdrasil casinos on mobile even better.

The first is the iSENSE 2.0 technology we explored above; the second is the new HTML5 framework released in January 2021. This updated technology doesn't only allow richer games with even more features, but also enables the release of desktop and mobile games in tandem.

Many seek to play Yggdrasil Gaming’s titles for fun, rather than for real money. The good news is that you can find free versions of their games at many casinos around the world, including Taiwan, where the company signed a landmark deal with XSG.

Closer to home for European players, Yggdrasil products are available at practically all major casinos, including Betsson, MrGreen and Casumo. Here, you won’t need to register, log in, or make any deposits; instead, you can just visit the website, find the game, and play.

There’s not much we can fault Yggdrasil Gaming on, which is why we wholly recommend checking out one of our top Yggdrasil casino sites listed in this article.

We wouldn’t say all casinos, but the majority of casinos in Europe do offer Yggdrasil slots. In April 2021, the company also struck a deal with Flow Gaming, meaning that you will very soon be able to find them at online casinos in Asia, too.

Yggdrasil are one of the world’s top gaming development companies. Launched in 2013, the Swedish company is based in Malta, and is responsible for some of the online casino world’s most famous titles including Valley of the Gods, Jungle Books, and Joker Millions.

Yggdrasil are licensed in Malta, the UK, Romania, Isle of Man, and Gibraltar. They are also certified and supported in various other jurisdictions, including Sweden, Belgium, Italy, Finland, and Georgia.

Yes! The majority of online casinos in Europe allow players to test-run games for free. Of course, if you’re not staking any money, you won’t be able to withdraw any of your winnings, either.

This depends on the bonus you get. Free spins are usually awarded to be used on pre-determined games (which may or may not be by Yggdrasil). Nevertheless, any money you get as part of your bonus can usually be used on Yggdrasil slots (always check the T&Cs).