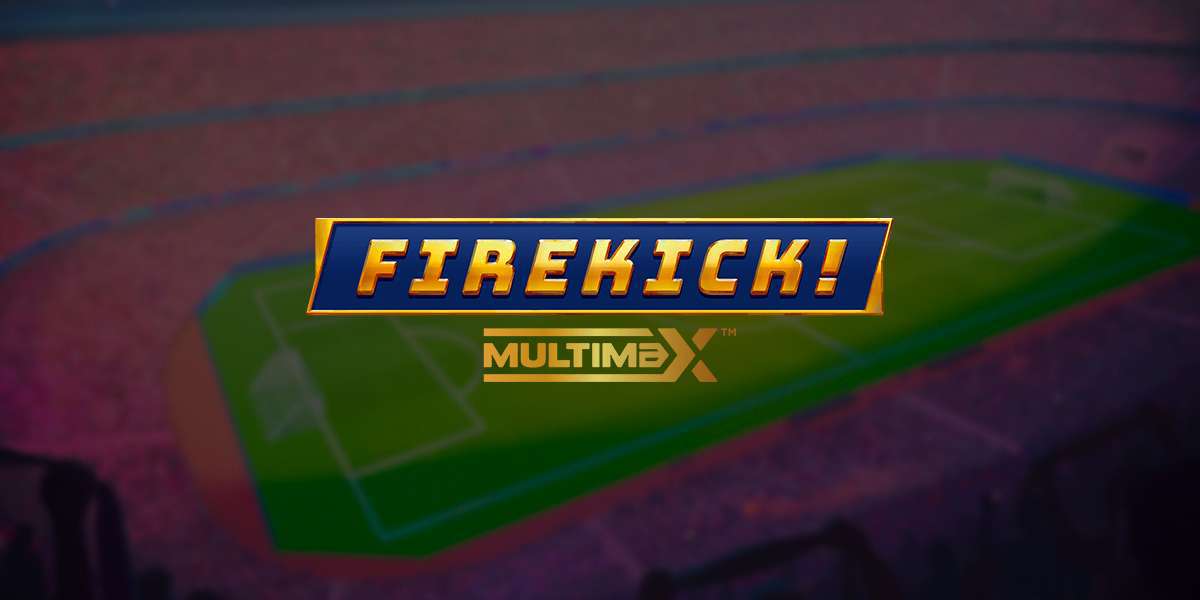 Firekick! MultiMAX, released by game developer Yggdrasil, celebrates the ‘Beautiful Game'. You can make the most of several features here, including sticky wilds and combined multipliers, for chances to become the top striker of your own game.

Firekick! MultiMAX is a football-themed slot by Yggdrasil that operates with the MultiMAX engine, which combines reel multipliers for chances to hit big wins. This mechanism has only been applied to a few other titles – including Yggdrasil’s other creation, Multifly! – which means that, so far, this is quite a niche mechanism on our online slot review page.

Firekick! MultiMax slot has very high volatility and a conventional 5×3-sized grid structure. With an RTP of 96%, you can make the most of 243 win ways to fulfil your chances to land winnings of up to 10,000x your stake. Seeing as you can wager from 0.20 to 75 per spin, this means that this title can award you an impressive maximum win of 750,000 in your currency.

As a game, Firekick! MultiMAX is set in a football stadium filled to the brim with a roaring crowd. The graphics design might remind you of an old-school video game and it is not entirely clear if this retro feel is intentional. We say this because the slot is accompanied by an upbeat commercial house soundtrack that seems rather misplaced.

So, does this title do the beautiful game any justice? The following features are available in both the real-money version and the Firekick! MultiMAX demo. 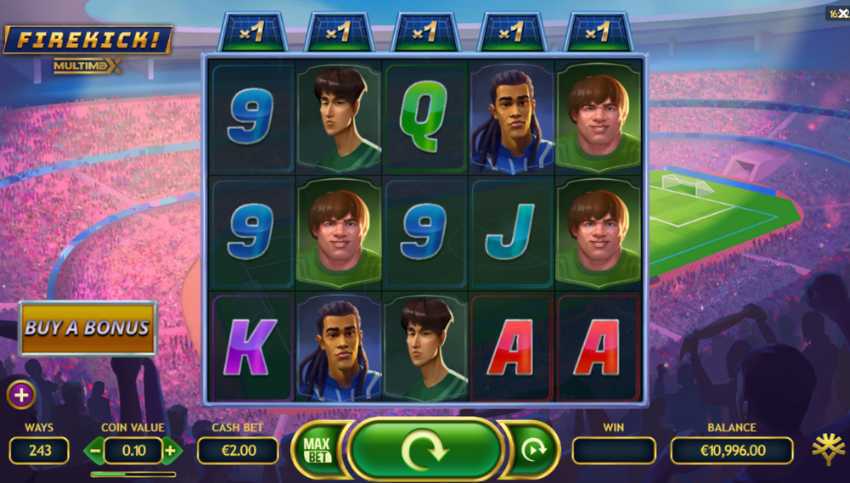 Considering Yggdrasil's general output – and compared to the quirky and well-designed Multifly! slot – Firekick! MultiMAX is a rather underwhelming game, especially since its extremely high volatility suggests great excitement.

The slot's graphics are rather bland and the commercial house soundtrack doesn't fit; it could even be considered annoying.

Meanwhile, the reel multipliers might be an engaging feature of the MultiMAX mechanism, but besides that, the slot is rather conventional. Moreover, a maximum win of 10 or 11 free spins for six scatters or a winning free spin gamble is rather meagre considering the stakes.

In fact, this game is unlikely to entice true football fans or to be of interest to players who are ambivalent about the Beautiful Game. The only ones this slot might appeal to are high-risk players who are likely to be attracted to the game's extremely high variance and big win potential. In terms of both football-themed and high-variance slots, there are far better games out there.