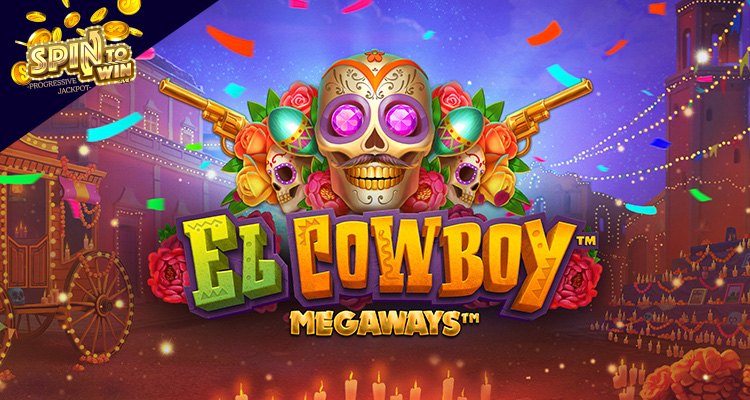 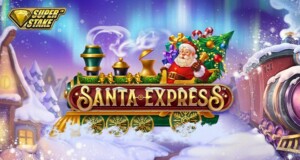 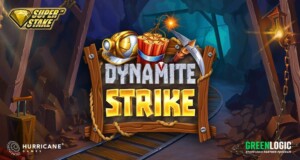 El Cowboy Megaways™ is a hot release from the slot gaming maestros at StakeLogic that sends players to a gun-toting Mexican setting. With the opportunity to win up to 10,000x your stake, this is a game that offers plenty of thrills!

El Cowboy Megaways™ is a game in which StakeLogic takes the two popular slot themes, namely the Wild West and the Mexican Day of the Dead, and mashes them together with the Megaways™ engine. This, in turn, has created a pretty cool fusion that we’re excited to be adding to our online slot reviews page.

The game itself has a total of six reels, while (as is standard for Megaways™ slot games) the number of rows can vary between two and seven, giving players up to 117,649 ways to win. The RTP is set at a middle-of-the-road 96.52%, and the volatility is high.

One thing we particularly like about this game is that there are no card suit symbols. Instead, the low-paying symbols depict objects: the belt and bullet are both the lowest in value, while the gun and knuckledusters are positioned in the middle. The most valuable is the tequila bottle.

Meanwhile, the higher-paying symbols depict hard-as-nails outlaws. The lowest value of these is a boy with a slingshot and skull face paint, followed by a bearded man sporting a black sombrero, a pink-haired woman, and a cowboy with sunglasses. A bandit with a black moustache and sombrero is the most valuable of the lot.

Whether you’re looking to play the El Cowboy Megaways™ demo or the full real-money slot game, you can also expect some pretty cool features, including two special symbols: the Mexican Skull Scatter and the Guitar-Playing Skeleton Wild.

Let’s explore the other features together.

This slot title’s features kick off with one many players of Megaways™ will be familiar with. Known as cascading reels (or avalanche reels in Gonzo’s Quest), this feature will basically see any symbols in a winning combination replaced by new ones, effectively giving you better chances of landing more wins per spin.

But this is only just the beginning…

The game has two horizontal reels run across the top and bottom of the grid. Known as the Action Feature, this comes complete with three special wild features:

If all that weren’t enough, there are two more bonus features to look out for:

Beyond the fantastic feature of the two horizontal reels, El Cowboy Megaways™ fits the same tried-and-true template as many other Megaways™ titles. So, if you are a fan of these kinds of games and are eager to sample the colourful Mexican setting, we recommend that you hop into the El Cowboy Megaways™ demo and give the game a go for yourself!